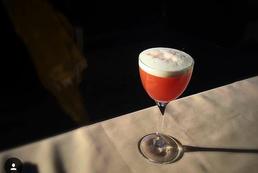 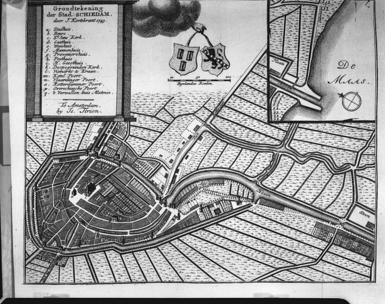 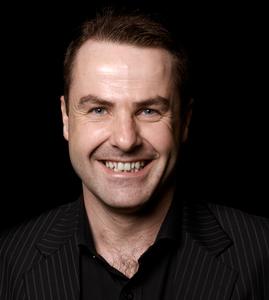 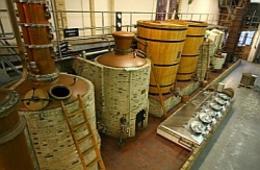 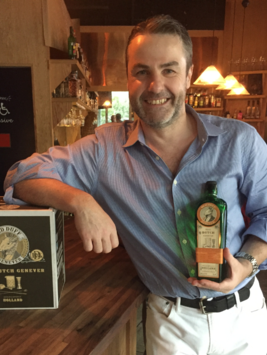 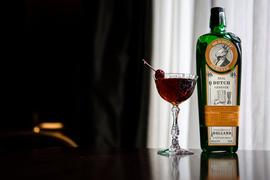 Our chief genever officer is Philip Duff, who founded Old Duff Genever and is 100% owner.

(Actually, he's 100% of the staff, too, which means the Christmas party won't cost much. )

Philip fell in love with bartending and cocktails from a young age, and even the temptations of a marketing degree weren't enough to sway him; he bartended at both fine and dodgy bars in his native Ireland, then England, the US, the Cayman Islands, and Holland (aha!).

Along the way he became an award-winning spirits, bartending and cocktail educator, started a consulting firm he still runs (Liquid Solutions), opened Europe's largest bartender school, founded Holland's first speakeasy cocktail bar in Amsterdam (door 74), and amassed a client list of liquor firms eager for his on-trade marketing expertise. He's a judge for the World's 50 Best Bars and Tales of the Cocktail Spirited Awards, the Director of Education at Tales of the Cocktail, and teaches at every major cocktail festival and spirits knees-up that will have him. Also, he was once deported from Yugoslavia and loves sharks.

In his work at Liquid Solutions, Philip helped create more than a few liquor brands, including (double aha!) the award-winning Bols Genever.

Genever has a special place in Philip's heart because he lived in Holland for 17 years, speaks fluent Dutch and, well, he just loves genever.

That's why he was dismayed to learn years ago that  - for costcutting reasons - just about all the genever for sale from Dutch brands is in fact made using maltwine from Belgium.

Those Dutch brands talk about their master distillers and show pictures of shiny distilling vessels, but it ain't real.

Belgium makes excellent genever, to be sure, but the world needs more real Dutch genever, and Philip is here to help.

Philip lives in New York with his wife and step-daughter, who would have preferred he use a unicorn on the label instead of a goat, so instead they compromised on a narwhal tusk. Did you notice it?

Philip is from Skerries, a little fishing town near Dublin in Ireland which gets it name from the little islands (skerries) off its coast. Legend has it that St. Patrick kept his goat on one of those small islands. (Yes, its one of those kinds of stories). One day, St. Patrick came back to discover Philip's noble ancestors had stolen, killed and eaten his goat, and when he asked said locals where his goat was, all the locals could do was bleat. Since then, if you're from Skerries, you're nicknamed a Skerries Goat.  Hence the goat on the Old Duff label. The first time Philip ever used the name "Old Duff Genever" was in a jokey tweet in 2012, and the first person to reply was his friend and fellow genever aficionado Martin Doudoroff.

Old Duff Genever is milled, fermented, distilled and bottled at the Herman Jansen distillery "De Tweelingh" in Schiedam, near Rotterdam in Holland. Herman Jansen is a family owned business - the Jansen family - that has an unbroken record of being genever distillers since 1777. We are very proud that they produce Old Duff genever for us, and we are especially grateful to production manager Robert Bot and master distiller Ad van der Lee for their patience, kindness and expertise.

Old Duff Genever is real Dutch genever for cocktail bartenders and cocktailian civilians alike. If you love real flavour, cocktails both classic and modern, craft spirits and boilermakers (that heavenly combination of a short beer and a shot of liquor), then Old Duff is for you.

$1 from every bottle sold is donated to charities directly benefitting bartenders; this is possible because Old Duff doesn't have sales reps or brand ambassadors, and we think its the least we can do, considering we are asking bartenders to be our ambassadors.

Never trust someone who tells you it is.

Good genever is a meticulously distilled multi-grain distillate, historically with a good bit of rye, that is sparingly flavoured with small amounts of juniper and (maybe) a small number of other botanicals.

Historically, it wasn't aged, and it dates back to at least the late 1400s.

You can make genever in Holland, Belgium, two areas of western Germany (Nordrhein-Westphalia and Niedersachsen) and two departments of north-eastern France (Nord and Pas-de-Calais).

Historically, the most revered genever city was (and is) Schiedam, near Rotterdam, which is about an hour south of Amsterdam.

In the late 1800s, Schiedam (pop. 77, 000) had a whopping 392 distilleries, supplying a thirsty world with fine Dutch genevers; Dutch genever sold for the same price as fine Irish whiskey and cognac.

Old Duff Genever, made in Schiedam, is a homage to that legacy.