There are no secrets with Old Duff Genever - no made-up marketing nonsense, nothing omitted, no inconvenient facts massaged. That's what the kind of people who drink genever - real genever - demand. 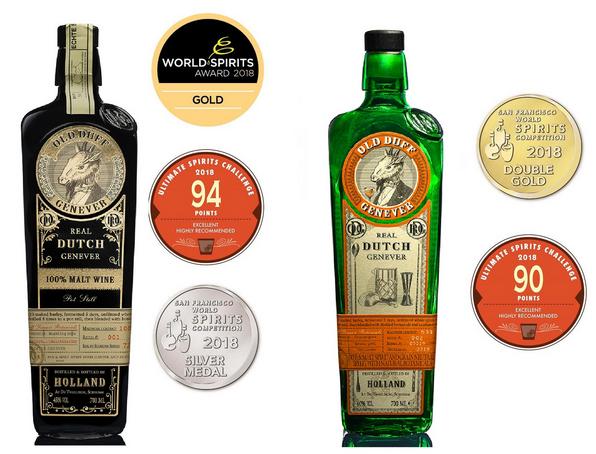 Every drop in each bottle of Old Duff Genever and Old Duff Genever Single Malt 100% Maltwine was milled, fermented, distilled and bottled in Holland. That's really, really rare - sadly, almost no other Dutch brand still distills its own genever in Holland.

Genever - real genever - is a delicious multi-grain distillate (historically lots of rye) with masterful hints of flavour from a small amount of juniper and (usually a small number of) other botanicals. Think of it as unaged whisky's complex daddy. During the first Golden Age of cocktails in mid-1800s America, genever was the best-selling imported spirit in America, with 450 bottles of genever being imported for every 1 bottle of gin. Genever was called for equally in the penthouse, at the cocktail bar and in the labourer's taverns.